Spotted this charming fellow on the way back to Leh from Nubra valley. In no time he had  attracted a lot of people who were documenting his every move and also offering him biscuits and bananas.He must be used to people gaping at him and seemed impervious  to the onlookers.After sometime he got bored and went back to his  burrow.

There are about 14 species of marmots in the world and In Ladakh one can find  two  -the long tailed and the Himalayan marmots. They live in  colonies and their burrows are  exceptionally deep ranging from 2 to 35 m.They hibernate for 6-8 months  starting from  late september and live on roots,shoots and berries.

Wish I could get inside his cosy burrow and  meet the rest of the colony members. 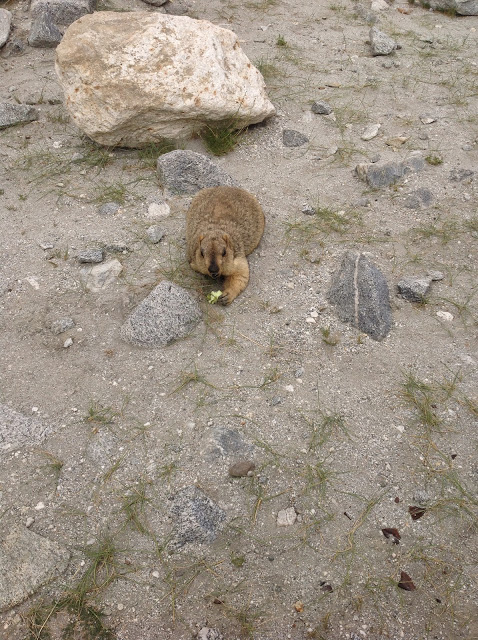 4 thoughts on “Marmots of Ladakh-furry delights”