What greeted us at the entrance  to the royal quarters was this  massive stone doors. 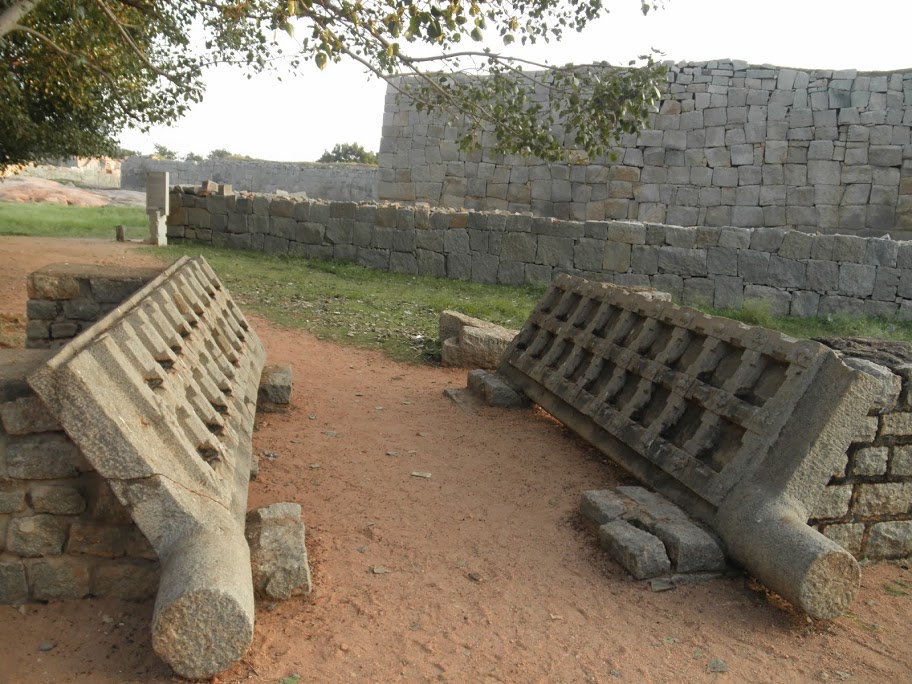 The guide informed us that elephants were used to  open the doors .I could not help thinking  how the  marauding  troops managed to  bring it down.What I saw inside was even more distressing.A vast expanse of ruins  but whatelse can you expect from the areas ravaged most. 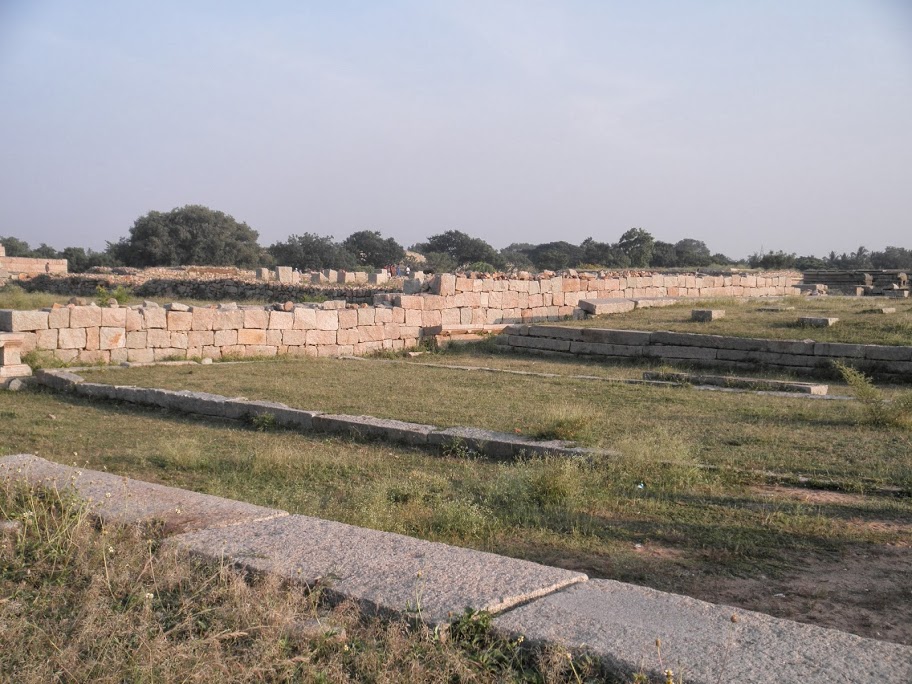 There are still some impressive structures .Mahanavami dibba stands tall and imposing.This is a  central platform from where the kings used to watch   festivities,royal processions and military parades. 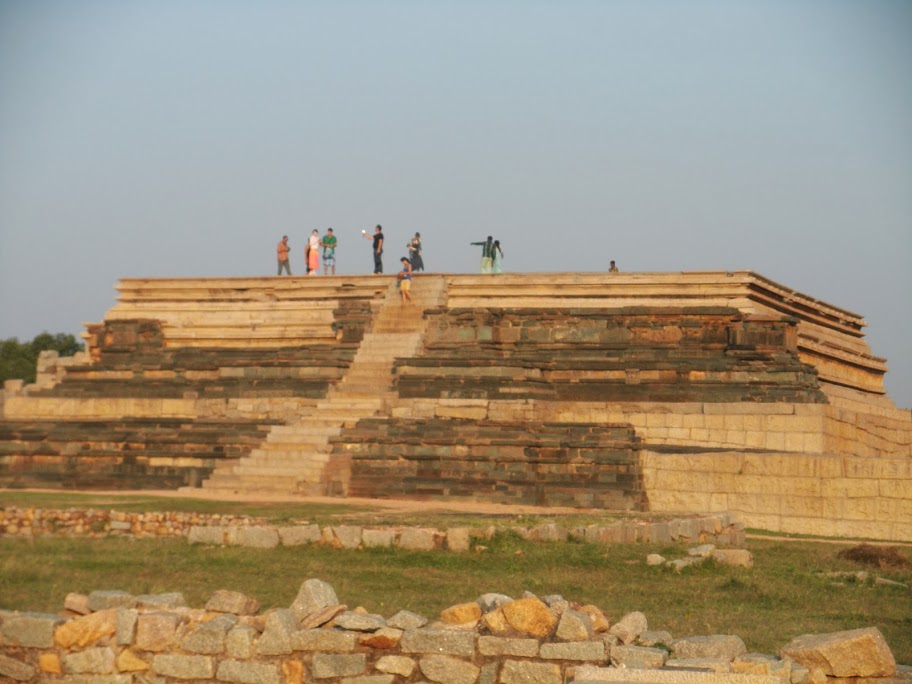 This is part of the 600 year  old aqueducts  and in 1985 the Archeological survey of India excavated a stepped tank.Impressive finding and remarkably well preserved.

Further ahead is the Queen’s bath.Looking rather drab  it has a sunken bath with arched corridors and windows. 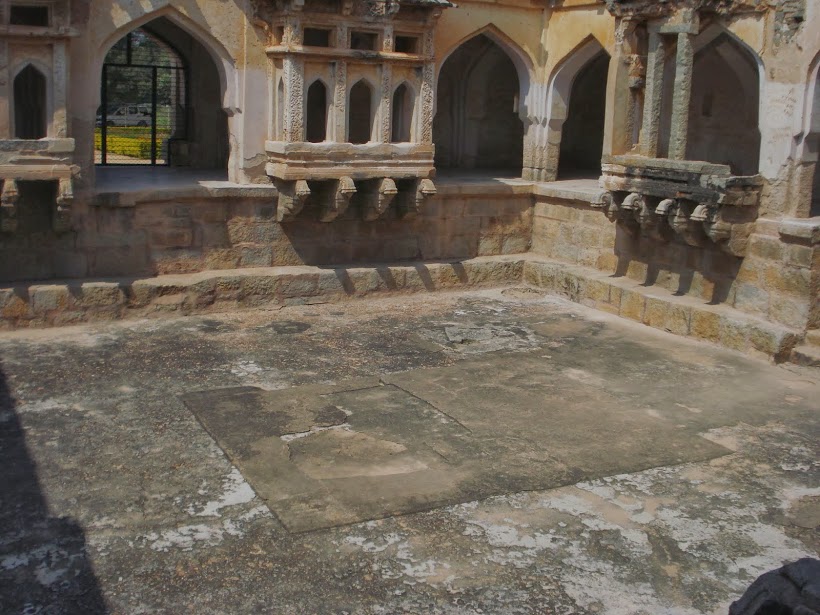 Royal enclosure     may have lost its grandeur  but these are places where time stands still.